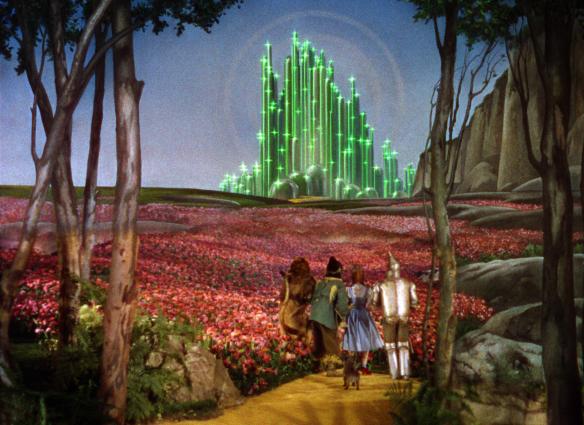 Dorothy, on her arrival in Oz, remarks to Toto, ‘I’ve a feeling we’re not in Kansas anymore’, and immediately we are imaginatively transported to another space and time so close to our own that the borders seem to overlap. In The Wizard of Oz, Dorothy enters a dual spatiality spanning two worlds, forming an uncertain relationship between the real and the unreal.  During the story we are assured that Kansas is always place of return but it might be much more exciting and magical to follow the yellow brick road to see what the Emerald City holds.  It is in the realm of literature, of narrative and story, that Mikhail Bahktin offers his theory of the chronotope.

“The nature of a given place does not figure as a component in the event…All adventures in the Greek romance are thus governed by an interchangeability in space…The … chronotope is thus characterized by a technical, abstract connection between space and time, by the reversibility of moments in a temporal sequence, and by their interchangeability in space”.  Mikhail Bahktin 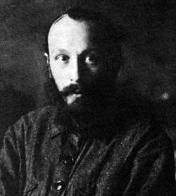 Mikhail Bahktin is a Russian philosopher, semotician and literary critic. To Bakhtin, the most interesting approach to the term chronotope lies in its reference to the inseparability of space and time. He describes an intrinsic connectedness of temporal and spatial relationships that are ‘artistically expressed in literature’. Narrative chronotopes, in any form, depend upon the external chronotope of reality for definition. Bakhtin defines relationships between narrative space and time and acknowledges the dependence of these chronotopes on other larger spatio-temporal structures that, according to Bakhtin, include the reality reflected in the text, the authors creating the text, the performers of the text (if they exist) and finally the listeners or readers who recreate, and in so doing, renew the text.  Bahktins theory on the chrontope in literature offers us the means to explore the complex, indirect, and always mediated relationship between art and everyday life.

“A new chronotope was needed that would permit one to link real life (history) with real earth”.  Mikhail Bahktin.