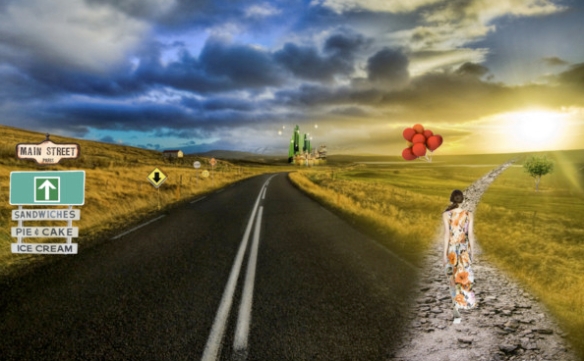 As previously mentioned, it is Gaston Bachelard who speaks of ‘Desire Paths’ in his book The Poetics of Space, yet I found strong similarities to this idea and the textual approach used by de Certeau in his spatial theory and so have incorporated it in this image.   For de Certeau it is the ‘walker’ who through storytelling imagines a way to make their spaces meaningful, creating a second ‘metaphorical’ geography over the existing geography, and its concurrent ‘other’ meaning.